Training as a Glass Etcher 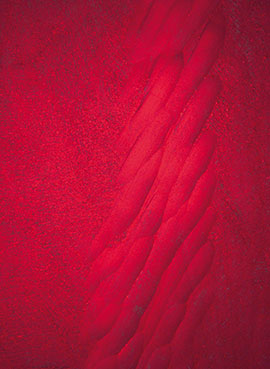 This method of etching glass is developed from shaded drawing. At Lichtblick a special technique of glass engraving is used. This is based on the technique which Assja Turgenieff developed together with Rudolf Steiner. Their concern was to work with the glass so as to reveal the being of the light as much as possible. Since 1995 Marianne Altmaier (†2013) took on the task to deepen this work.

At Lichtblick we make works of art from glass and glasses for therapy. The engraving of the therapy glasses means bringing certain qualities to the observer through the motif, the light and the colour. Each colour and each motif requires a new and intense dialogue with the glass.

Lucien Turci, the leader of the research project, has trained three women as engravers between 2014 and 2016. Clothilde Bernard, one of these three, has in 2017 taken over the realm of glass engraving at Lichtblick. Her task is to engrave therapy glasses and art objects and to care for, develop, deepen and pass on the special technique of engraving. There are very few people who practise this technique. What is also special about Lichtblick is that we make the glass ourselves and pay attention to the quality of the colours.

In September 2019, a weekend took place for the first time at Lichtblick, with five participants wo were introduced by Lucien Turci and Clothilde Bernard to the basic elements of glass engraving. The course touched on the nature of glass and how it is made, as well as the metals and their colouring process in the glass. The participants also became familiar with the practical aspects of engraving: the physical effort, the noise of the machines, the dust, the water, and the permanent presence of the reflecting coloured light. If the interest grows, there will be other seminars planned in 2021/2022, with the possibility to deepen further on this special technique of glass etching.